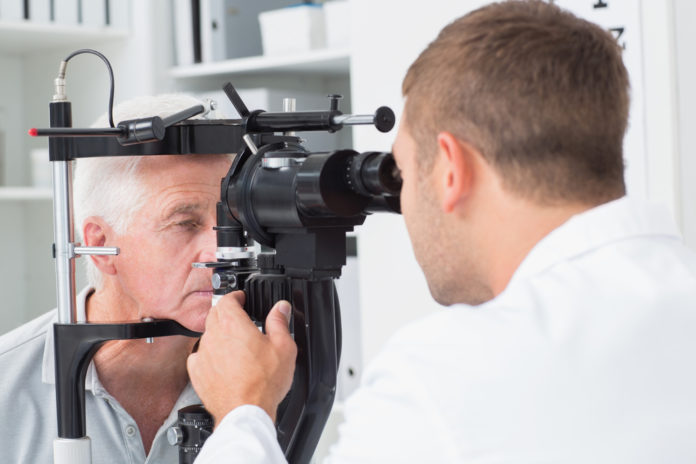 Presbyopia is considered to be a normal, age-related loss of focusing on nearby objects. Experts believe it is caused from a gradual thickening and loss of flexibility of the natural lens inside your eye, which makes the lens harder and less elastic over time, thus comprising vision.

Most people begin to notice the effects of presbyopia sometime after age 40, when they start having trouble seeing small print clearly, including when reading a smart phone, books, magazines, and menus.

The eye condition is often corrected with nonprescription or prescription eyeglasses and contact lenses, with surgery rarely used as a method of treatment.

More formally known as vitreous detachment, eye floaters are often caused by age-related changes that occur as the jelly-like substance (or vitreous) inside the eyes becomes more liquid and slowly shrinks. This causes spots in vision, which may look like black or gray specks, transparent strings, or cobwebs that float when you move your eyes and dart away when try to look at them.

Though floaters are more common as we age, additional risk factors include nearsightedness, eye inflammation and trauma, and diabetic retinopathy which is described in greater detail below.

While floaters tend to be mostly an annoyance and not be a major cause of concern, a sudden increase in floaters and the potential accompaniment of light flashes or side vision loss warrants immediate care. This may be the sign of retinal detachment, which can lead to permanent visual impairment within two or three days or even blindness in the eye if left untreated.

Dry eye is a chronic and generally progressive eye problem and often the result of insufficient moisture on the eye’s surface, which may be caused by inadequate production of tears or poor tear quality.

The risk of developing dry eye increases with advancing age and women have a higher prevalence of dry eye compared to men.

Also known as tearing and epiphora, watering eye causes an overflow of tears onto the face. The eye condition is primarily caused by either a blocked tear duct or excessive production of tears.

While epiphora can develop at any age, it is more common in those aged under 12 months or over 60 years.

A cataract is the clouding of the eye’s lens and causes changes in vision. The main symptom is blurry vision, which is described as looking through a frosty window, along with sensitivity to glare, faded colors, and poor night vision. While cataracts can affect both eyes, they cannot spread from one eye to the other.

A normally clear lens becomes foggy and creates the most common symptom: blurred vision. Vision may be corrected with prescribed eyeglasses or contacts. But if vision becomes too compromised, the clouded lens can be replaced with a clear, artificial lens.

According to the National Eye Institute, more than half of all Americans either have a cataract or have had cataract surgery by age 80. However, it is after age 60 that most cataracts cause problems with a person’s vision.

Beyond age, medical conditions such as diabetes, family history, and genetics, prolonged exposure to ultraviolet sunlight can increase the risk of cataracts.

Glaucoma is an eye disease that damages the optic nerve related to increased intraocular pressure, which is caused by fluid buildup in the eye.

The pressure can eventually cause damage to the fibers of the optic nerve and result to blind spots. If left untreated, vision loss and total blindness may result.

Risk factors for glaucoma include age, family history of glaucoma, the use of steroid medications, and near-sightedness.

Age-related macular degeneration (AMD) causes damage to the macula, or the central portion of the retina, which is responsible for focusing vision, controlling the ability to read, drive, see objects in fine detail, and recognize faces and colors.

AMD is the leading cause of vision loss in people aged 50 and older and family history, race, hypertension, and history of smoking increases risk. Though AMD is considered incurable, viable treatments can help slow its progression and enhance vision, including laser surgery, injections, and low-vision devices.

Also recognized as a diabetic eye disease, diabetic retinopathy is a complication of diabetes in which the tiny blood vessels inside the retina become damaged, primarily related to regular high blood sugars and pressures.

And with diabetes likewise being a common health condition amongst the U.S. as a whole, it is not so surprising diabetic retinopathy is a complication of diabetes and a leading cause of blindness in American adults.

All individuals can lower their risk of or prevent diabetic retinopathy by controlling diabetes and hypertension through making lifestyle factors and taking medications as needed.

According to the American Academy of Ophthalmology, the statistics of these five common eye diseases in the elderly are eye-opening:

And What You Can Do About It

While many of the diseases have no known cure nor exhibit a fair warning, early detection and treatment can help you save your eyesight.

And even if you are not experiencing any vision problems, visiting an eye care professional for a comprehensive eye exam is encouraged after the age 50. 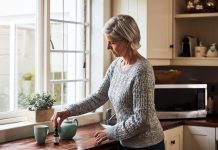 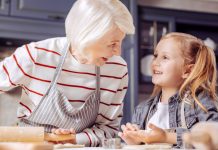