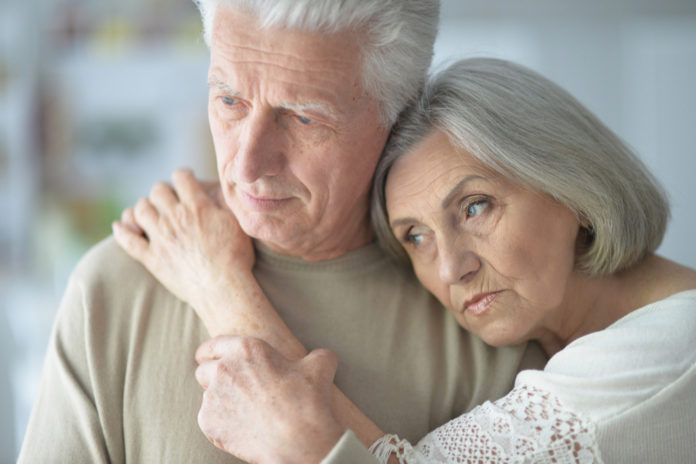 According to the American Cancer Society, lung cancer mainly occurs in older people. From the types and stages to treatment options, learn how to care for lung cancer in the elderly.

Accounting for the remaining 15 percent of lung cancers, small cell lung cancer tends to grow more quickly while being more responsive to chemotherapy. The stages of SCLC vary from NSCLC and are broken down into limited and extensive stages

Treatment options are variable and dependent on a number of factors, including overall health, the stage of cancer, and own personal preference. Though treatments for lung cancer in the elderly are individualized, surgery, chemotherapy, radiation therapy, and targeted drug therapy are commonly used or at least considered.

Surgery is used to remove the cancer cells, particularly in the lung and surrounding tissues in the case of lung cancer. Though dependent on the progression of the cancer, a small section of or the entire lung may be removed.

Also known as chemo, chemotherapy uses drugs to kill cancer cells and is oftentimes given over a period weekly or monthly series. Chemo is often given following surgery to minimize and extinguish any leftover cancerous cells. And according to The Oncologist, “there should be no maximum age for receiving chemotherapy, but frail patients should receive only best supportive care, even though frailty is not equivalent to ‘near death.’”

Mostly used in conjunction with chemo in lung cancer, radiation therapy uses high-energy radiation to shrink tumors and kill cancer cells. Additionally, more than half of individuals diagnosed with small cell lung cancer have the cancer spreading to the brain. Individuals who are responsive to chemo often undergo radiation to the brain to prevent it from spreading. The use of radiation should be fully evaluated in the elderly, mostly validating whether or not the benefits outweigh the consequence.

Targeted drug therapies blacked the growth and spread of cancer via drugs or other substances. However, a minority of new targeted agents offers promise of improved outcomes, with negative results being more commonly reported than positive ones.

Planning for Lung Cancer in the Elderly

It is important to understand how cancer treatments might worry and affect the elderly population, including the consideration and apprehension of the following situations:

A wide variety of health conditions are more common with advancing age, including high blood pressure, diabetes, and heart, lung, and kidney diseases. Disclose any and all other health conditions already being managed, along with citing all medications used. Oncology doctors and primary care physicians should work in conjunction to strategize and ensure the safest and most efficient plan for the senior.

Seniors may worry about getting to and from appointments and treatment sessions. Verbalizing these concerns to support systems can help brainstorm available options, including rides from family members and friends or primary medical transportation services.

Also known as ADLs, activities of daily living include shopping, dressing, laundering, and other duties that come with day-to-day life. Senior immobility may already compromise the ability to carry out ADLs, with worry growing greater with a lung cancer diagnosis. Caregivers and other assistance’s can offer seniors a peace of mind their daily needs can be met.

Along with ensuring adequate nutrition in seniors, a good diet is imperative during cancer treatments. Malnutrition is a risk factor the elderly population faces, so it is important to have a plan of action in place. Having relatives help bring meals, keeping stocked with food, and utilizing Silver Cuisine are all viable options to help meet nutritional needs.

Though side effects can vary, seniors may be worried about the side effects once treatment starts. But seniors have every right to feel concerned, as fatigue, dental issues, chemobrain, weight fluctuations and several side effects are likely and at risk. Seniors and caregivers should have this conversation with the healthcare team, as they can help build individualized treatment plans to mitigate such possibilities, or at least assist with coping strategies if the side effects are beyond their control.

Seniors and their relative caregivers and family members may be worried about the cost of care. Address these financial concerns with the treatment team, as they can provide resources regarding medical insurance and assistance.

Beyond meeting physical needs related to cancer treatment, the senior and caregiver may be flooded with emotions and worry. Interestingly, though, a diagnosis of lung cancer in the elderly is suggested to carryout varying coping strategies compared to younger individuals diagnosed. According to a research article published in the Journal of Gerontology & Geriatric Research, the variance lies within the resilience older individuals have acquired during a life of facing and mastering stressful situations, successively equipping them with positive coping mechanisms. But despite standing composure, the importance of managing emotions should not be discounted. Seniors and caregivers should consider joining a support group, taking advantage of community resources, or confiding in a counselor. Doctors, social workers, and other professionals on cancer care teams can assist in providing tips and resources to address mental health needs at the beginning of, throughout, and ending the treatment process.

Games, Crafts & Snacks for Seniors to Celebrate the New Year