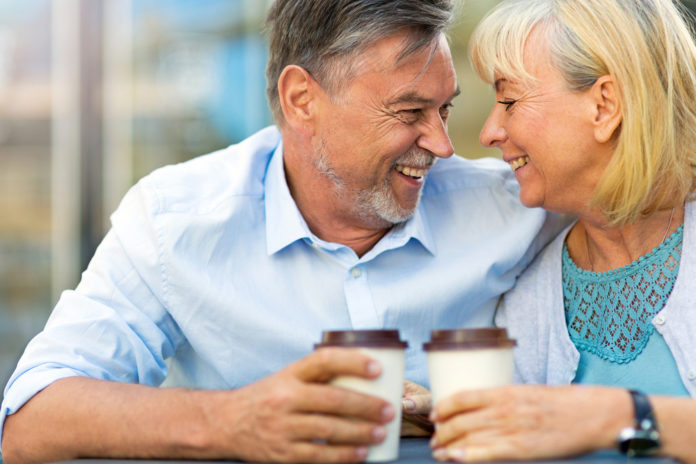 The ramifications of getting older are much more than accumulating wrinkles and a shrinking height. Beyond the external and visible outcomes of natural aging, the core of human intelligence can also be compromised. In fact, compromised brain health can even synergize the declination of physical health, including malnutrition and weight loss related to forgetfulness of eating. But despite the knowledge researchers are still trying to understand regarding the mind, America’s favorite beverage is pouring up bold evidence in regards to better brain health in seniors.

Coffee’s Effects on the Brain

There is no denying that morning cup of joe is a necessity to kick of the day. But beyond the initial energy jolt, coffee consumption in seniors has shown to:

According John Hopkins researchers, coffee proves to be an effective long-term memory enhancer. Furthermore, the research demonstrated caffeine enhanced certain memories at least up to 24 hours after it was consumed.

A study published in the Journal of Alzheimer’s Disease found midlife coffee drinking can lower risks of dementia and Alzheimer’s disease later on in life. In fact, researchers found people who drank three to five cups daily decreased their risk by 65 percent. Coffee has also shown to decrease the risk of and manage diabetes, a risk factor in developing Alzheimer’s disease.

Lower the Risk of Parkinson’s Disease

Parkinson’s disease (PD) is a neurodegenerative brain disorder that nerve cell (medically known as neurons) in the brain. Some of these dying neurons produce dopamine, casually known as the “feel good” hormone and necessary to send messages that control coordination and movement. As Parkinson’s advances, a loss of dopamine can compromise efficient movement, coordination, and mobility. Like many complex conditions of the brain, the cause of PD is unknown but speculated to be influenced by genetics and environmental factors. However, a study published in Geriatrics & Gerontology International suggests coffee may play a role in its prevention, as researchers found a decreased PD risk caffeine consumption.

According to Mental Health America, depression affects more than two million of the 34 million U.S. adults aged 65 years and older. Symptoms of clinical depression can be triggered by other age-related conditions, including Alzheimer’s and Parkinson’s diseases. Those morning cups of coffee may just stave off and reduce depressive feelings, which is quite valuable in seniors who live alone or feel mostly isolated, helping to improve and maximize quality of life in the elderly population.

How Much Should Seniors Drink?

Like most nutritional recommendations, health experts encourage the concept of moderation. That being said, a moderated and safe level of coffee intake amounts to no more than four cups of joe on a daily basis. It is also important to consider the duration of how long each have been consumed, as a mere sporadic cup may not produce such pronounced health benefits. In fact, according to a study conducted in Italy, older individuals who did not consume coffee on a regular basis or increased their habits overtime actually increased their risk of MCI compared to moderate drinkers.

But despite the selection, continuous recommendations advocate to limit or avoid caffeine in the late afternoon hours leading up to bedtime, as exceeding more than four cups of coffee has been suggested to cause jitteriness, restlessness, and insomnia amongst all generations. Seniors should also deviate away from copious amounts of added sugars and creamers, as they can pile on numerous calories and essentially outweigh and defeat the benefits of coffee altogether. In conjunction with that morning cup of joe, seniors can support brain health by playing games, staying social, adopting a pet, staying active with exercise finding a club or hobby group to join, and implementing a heart-healthy lifestyle. 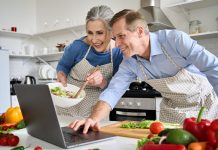 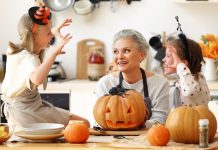